This is a true story about my beloved black lab Shadow whom I had to put down in a life too short! Our connection together is one that started months before her birth on earth and shows the magical universe at work for the highest intentions of all! My son Cory had just turned 4 and desperately needed another companion as my beloved Muffin, a beautiful Cockapoo I adopted from anti cruelty, was short on patience when it came to kids. I also wanted my Muffin to have a playmate while we were away. That’s when the messages from spirit started and I was told of a puppy that would desperately need us!

I started checking out the local animal shelters, but I wasn’t feeling anything so I asked spirit, “Where would I find this puppy?” A few months later on a Sunday afternoon visiting my parents there on the floor next to my dad’s feet was the Sun-times newspaper with the animal section staring up at me. The first puppy story that popped up to grab my attention was at a puppy mill about 2 hours away. It read, “Blue eyed black labs for $200” and in smaller print it said, “Husky and Lab mix”. That was my sign standing out all lit up 3D like!
I called ahead for them to hold the female, because she’s the one I needed to adopt. We went there on Valentine’s Day – my present from the hubby. Shadow was just under 4 weeks at the time. When we walked into the place a man came out holding two pups beautiful with blue eyes, both male. They were all cleaned, and they even put mousse on top of their heads making the hair stand up all punk like! I told him we drove two and a half hours getting lost and that I wanted the female. The color drained from this man’s face and my heart sunk thinking I didn’t make it in time; however that was not the case.

As he walked in back I saw a cardboard box, and that’s when he pulled her out. She was the saddest little thing I’ve ever seen! Weighing three and a half pounds, and dirty as can be, she poopy paper stuck to her feet! Seeing her in this condition I started to cry. The man tried to talk me out of adopting her, he said she was a runt of the litter and the mommy refused to feed her. Really, I thought, “that’s not what I see!” He was very surprised that I actually paid the $200, and not walked but ran out of there! We were inseparable, joined at the hip and that is one of the reasons I called her my shadow. Watching my little black beauty grow before my eyes was the most unique and blessed experience of my life, and goes along with the birth of my children!

My son, G-son and shadow/shadow was about 3 when the picture was taken: 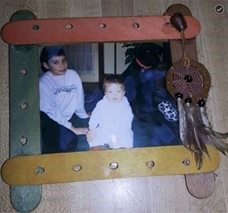 Shadow was with me while I was going through my spiritual awakening and played a very important role at that time. She was what kept me sane, grounded and aware. At the time I was just learning about how to work with energy and did not understand all that I do now about keeping my vibration high when working with spirit. During times of low energy or in a depressed state, as like can attract like, I found myself vulnerable to lower earthbound energies. Shadow showed my husband that this was really happening and would jump on my lap when these dark beings would enter the room. Her path in life at that time was on a spiritual level working with other realms as mine is now.
Of course I was broken hearted when she became sick and my husband and I spent a small fortune trying to keep her alive. I was blessed to have had my beautiful Shadow pass in my arms when she went to sleep that last time! This is Shadow a few days before she passed: 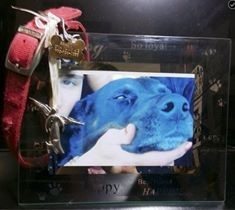 8 years passed me by, and that’s when I came in contact with my precious daughter Gina in spirit, after my initial shock she asked me to celebrate her birthday, the day she would have been born. One of my questions was about Shadow asking her if she was with her and WOW a double answer it was. She said she wants me to celebrate her birthday on January 22th the same day my Shadow was born then went on saying I would see Shadow again in my life! I had thought it would be in meditation become she always came to me like that. A couple years later my son and I went to Anti-cruelty to look and adopt another pup, but every time I got there I felt my heart sink because I wasn’t feeling it with them there. I pushed on every weekend looking then one day I heard, “Your pup isn’t ready yet”, so I stopped going!
Two months later I had a dream /visit from Shadow and on that Saturday morning making coffee I heard, “Your puppy is waiting for you!” That day happened to be the busiest day for adoptions at Anti-cruelty and most of the cages had signs on them adoption pending. Happy/worried in one breath screaming in my head to myself I said, “Are you serious?” At the end of the hall my husband and son were calling me over, that’s when I saw her. I found my heart, a beautiful great Pyraneese, mostly white was there, and I loved him dearly. His name is Prettyboy Copper.
Now at first I thought it was just similarities but couldn’t get past the feeling I held in my heart! Gina my daughter keep telling me Copper 1, Shadow 2, but I wasn’t getting it yet until I was in meditation and both my Gina and Shadow stood side by side. I watched in surprise as another pup came up beside them and saw the spirit of shadow walk into the body of my pup Copper! I should mention that they don’t look the same but have the same characteristics and attitudes and at one time I even called Prettyboy Shadow. Haha, the response was quite funny as Prettyboy turned his head saying “HUH”, and I get it, I wouldn’t want someone calling me Dave because that was my name in a passed life, really how rude of me? I have always said Shadow left too soon and Prettyboy Copper coming into my life will most likely be a shorter one too as he’s not in good health, but I have made my peace with that! I know big dogs can tend to have problems with the hips and knees, but a coincidence? I say, “NO!” Shadow needed both hips replaced severe pain in both knees and arthritis starting in the middle of the spine going throughout her body! Copper Prettyboy’s health up to date, he needs both hips replaced both knees replaced and has arthritis starting at the middle of his spine going down through his body!
Copper Prettyboy, and Shadow – two dogs, one soul! 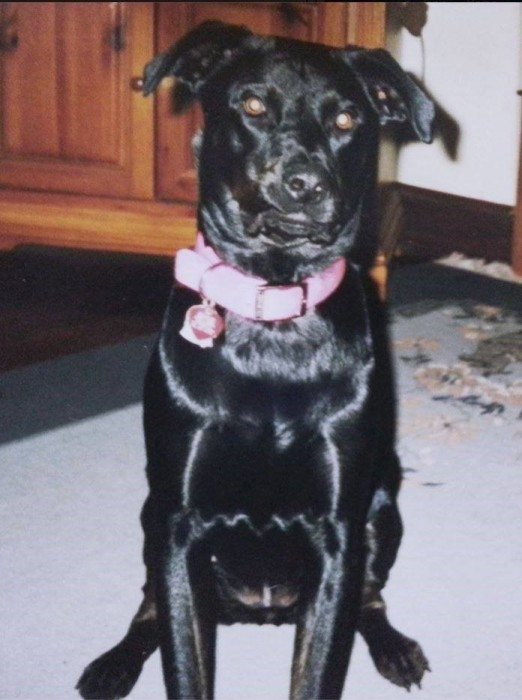 The practice of Meditation is nothing new – its as has been around in recorded history for thousands of years. It is […]

My “random thoughts” at this moment; unable to sleep but comforted by wonderful memories of the past & those I dream of, […]

There are only 2 things which happen in this world for sure – birth and death – anything can happen in-between. But […]