Grief will eventually hit each us and it is how we interpret the little moments that we experience that can and will help lessen the burden at least for a little while. On October 25th,2021, my father transitioned to the other side after a short battle with cancer. To say that my father was larger than life is an understatement but it is through my adult eyes that I get to witness the humbleness and loving individual he was while here and continues to be from the other side.

He always had a childlike demeanor that could lift your spirits up when you had a bad day. He was a natural lightworker without the need to stand on a soap box and draw attention to himself. He did the quiet work for himself and others by just being here.

I know as you are reading this that you also have those kinds of people in your life. The ones that teach without teaching but by being an example. Love, joy, compassion and a good moral compass guided their lives in which we get to benefit from by being in their lives.

Being someone who has learned to tap into awareness from great role models and friends, everyday I embark on how to put this into practice all I have learned and helped teach people over the years. Being present and discerning life lessons mixed with spiritual entanglement are all puzzles that we try and put together.

The following is a personal journal of one of my journeys into the other side. I felt need to share this with all of you to help show that even when someone passes, they can still teach us valuable lessons.

For those who do not know, I am a person who understands energy. How we can become spirit and transcend the barriers that we place on ourselves while we are awake. This is what we would call a visitation dream but it occurs when we allow ourselves with meditation to shift our consciousness to the other side while awake.

Thank you Pop for the continued lessons of love. I miss you here everyday and look forward to the times we will meet once again. 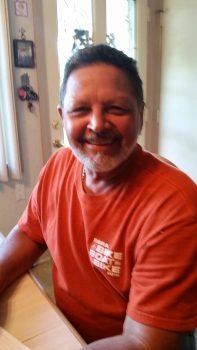 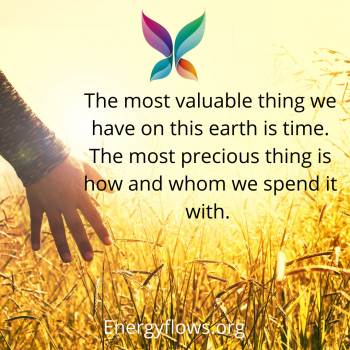 While sitting outside, on a clear summer night looking at the stars with a group of friends we were setting the intention to meditate, get silent and go within.

I didn’t want to lead a meditation journey or be responsible in any way other than to be present and just allow what ever was to be … to be.

However the observer and teacher in me became aware that there was a large crowd in spirit gathered around the circle and if you wanted to understand what it felt like, it could be reminiscent of a circus tent with all attention on the center ring.

I notice a single column of light that would resemble a spotlight shine down to the circle of friends and illuminate the center stage.

As this was the first time in a long time when we gathered with like minded energy, I immediately was instructed to just say notice the light being sent down to us, allow it to permeate our being, become one with the light and follow its beam upward. There was no music, just the natural sounds of the crickets chirping and earthly sounds of mankind incorporating into the flow.

We always have to set an intention when we start to spirit walk  so I just wanted to sit with my Dad and have a visit. No expectations other than to say Hi and to replenish from his vibration of love that I miss from the earthly plane.

Meditation started out with me traveling up the light column to arrive at a stone bench watching a sunset with my dad presently – half of the scene was fully formed , turn to the left it was completely blank.

Imagine if you took a blank paper and covered one eye, you  could still see peripherally but also the whiteness of the paper block your vision. – I turned to the view on my right that was active and vibrant.

I reached over and took my dads hands while feeling the warmth and bones  of them and showed him how to make a small energy ball in the form of a planet. I told him that he has the ability to create these universes. Towards my view to the left there were fragments of stars – space voids – white blank spots  being formed and dissolved. Maybe that was the canvas that he was creating on.

Looking back at his hands as the energy was malleable and formable, the planet which had multiple colors swirling turned into a luminescent horse  and finally turning towards the color black with mass and texture and it grew bigger and bigger until it dissolved into a live action Victorian theme –

I could see myself in first person being observant of the traveling down the road. It was nighttime, and the cobblestone was making the carriage rock slightly back and forth , I can hear the reigns slap against the black horse that provided movement. The air was a little crisp as I could see a long coat with gloves and puffs of lightly colored mist.

I look to my right and next to me is a small boy also bundled up. A scarf covers his face. There was a shaggy tussle of hair that was exposed from under a cap.  As we continue riding down the road we come across a stone high retaining wall that we were unable to see over but eventually arrive  to an iron gate archway that opens slowly with a slight screech and clang.

The horse continues to follow through and makes a slight left turn along a curved driveway. We come to a stop  as I see slight illumination of fire from what appears to be a gas lamp. As the carriage opens I feel a slight shifting of weight as my son leaves the carriage and I in turn as well.

As I kneel down to look at my son and am flooded with impressions that I was a doctor, with the name that sounded like Robert von Heusen,  and sons name sounded like Jakob. The year felt Victorian era much like the Jekyll and Hyde timeframe.

I am reminded of the emotional disconnect that I had in that life as emotions and physical affection were not embedded in that body other than duty and purpose. I was able to see from my current set of eyes as a third person observer for a moment and could see the face and features of my former self.

The timeframe of my consciousness now becomes cognizant as my current self  as I begin to phase energetically in the same space of this past life. After all it is a fragment of me isn’t it?

I am now in the form of my former life and with the mindset of this one.

I connected telepathically to the boy,  and learned  what was revealed that he was the soul of my father in this current lifetime.

Dad was my son, who wanted affection that was not afforded to him at that time, however he was sent to be my father in this life time to show me how to express emotions and be strong in being able to do so.

Telling my son I love him and he telling me in love you dad – role reversal.

So when we talk about people and soul groups, how we all come together and change roles, before my father passed I told him that I thought I was his father in a previous life. He smiled but didn’t really answer as maybe he didn’t know at that time.  I tried to find out where and if we knew each other in a past life but was always met with a blank unknowing.

The wonderment of being able to journey without expectation is truly a healing modality where closure can occur and a new understanding can foster.

In this life he was the emotional anchor that enabled me to be ok with who and what I am and how I feel – so thank you pop for all of the valuable life lessons on how a man should be, comfortable to be ok in their own skin and strong enough to stand in their own light.

Our connection never ended and look forward to the many adventures ahead.

Well folks everything around us in this World Vibrates and Mediums can see this energy.We can also sense when Spirits leave and […]

I have recently discovered something about myself. When something feels off to me I physically clench. Physically. Clench. My entire body tenses […]